Every so often we hear of a success story with one of our products and love to share what we hear. One such happy customer is the largely popular WordPress-focused conference, WordCamp Phoenix. Put on completely by volunteers and supported through corporate sponsorships, this event gathered over 750 attendees over a 5-day event, making it the largest-scale WordCamp in the world, to date. One of the sponsors, yours truly, allowed event coordinators to schedule text messaging campaigns for event registrants to communicate important announcements, event schedules over the five days, and specific information to prepare the speakers. The flexibility of Betwext.com Broadcast allowed plenty of day-of messages sent for various last-minute communication that needed to be sent quickly, and ensure that everyone received it. 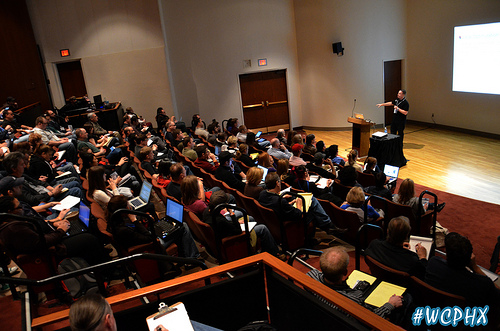 Amanda Blum, Operations Director for the event, informed us that they used Broadcast as much the day of the event as they had all the months prior with scheduled campaigns. The easy-to-use interface allowed her to load scheduled text message notifications for the different groups attending different locations and quickly broadcast sponsor messages and giveaways. 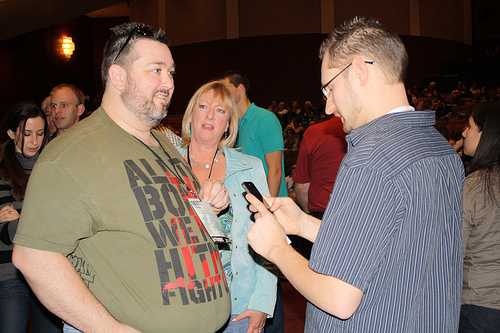 Reactions during and after the event from attendees were that they felt completely involved thanks to the timely updates and simplicity of message delivery. Because of the great reaction to the level of communication provided to attendees, Broadcast will also be sponsoring the upcoming WordCamp in Las Vegas in December 2011. Event organizers are already planning informative text messaging campaigns about hotel information, day of registration, and speaking schedules during the conference as well as keeping their sponsors happy with another way to reach the attendees.

As you can see Betwext Broadcast makes for a great flexible Event Marketing tool. Find out more about Broadcast at www.Betwext.com/start and let us know how we can power your event!

GET YOUR FREE REPORT

DOMINATE YOUR COMPETITION WITH SMS MARKETING.
Sign up for the Betwext Texting list and we'll send you Tips, Tricks and Videos on how to best use Text messages for your business.
Simply enter your mobile phone number below to get this valuble Information!
Don't wait... what do you have to lose?

Betwext was built on the foundation that there's a better way to provide long code and sms marketing services. Betwext offers incredibly powerful marketing tools at a fraction of the cost of other services. (Currently US and Canada only). All pricing is in USD.

Brian: WHAT I DO: I help small business owners, small business managers, coaches, trainers, marketing experts, sales executives, and business development pros use Mobile Marketing to connect with prospects and customers and make more sales. HOW I DO IT: I provide information, tips, tricks, and ideas to help you use Mobile Marketing (AKA: SMS Marketing, Text Message Marketing, Group Texting) to communicate with prospects and customers. My company, Betwext.com provides easy to use online text messaging software. WHO I WORK WITH: We have thousands of businesses from every industry group signed up and using Betwext.com! Restaurants, Non-profits, Speakers, Politicians, Car Washes, Private Plane Charters, Night Clubs, Conference Organizers, Delis, Accountants, and Churches (just to name a few) all use Betwext.com to improve communication with their prospects, customers, and even employees! FREE MOBILE MARKETING INFO: Here’s a free, easy to read guide, on Mobile Marketing for Small businesses of all types! The Ultimate Guide to Mobile Marketing Download: http://text.betwext.us/ebook-mobile-marketing/